Consider the this Comic.

There’s also an article to the whole thing. The story is quickly told: Shechem rapes Dinah, Daughter of Jacob. Later on, he wants to marry her but to do so he and his city are first demanded to become circumzised. While all the men in the city are sore, two of Dinah’s brothers get into the city and kill every man to take revenche. After killing all the men they take everything with them they can use, including the surviving women.

Hausdorff’s main problem with the text seems to be expressed in these lines:

Still, this seems like quite an overreaction. Kill all the men in the city and steal all of their stuff including their women. Aren’t they just committing a worse version of the crime they are all up in arms about? „You had sex with one of our women, we are going to kill all of you and take all of your women“

Now the first thing we have to remeber is that this is an old text that does not reflect our ethical standards nor out culture. That was a culture very different from ours and we’d make a big mistake if we considered it to go by our standards in any way.

So what is the problem with raping? Today we’d all agree the problem would be the physical and psychological harm that is done to the victim. Back then, this wasn’t too much an issue, as raping within marriage was not a problem at all (it isn’t too long ago this was outlawed even in our societies). Back then the problem was that Dinah was not a virgin any more. This meant there would have been less chances to find her a husband. This meant that there would have been the problem to care for Dinah all the time, eventually until she dies. There would maybe be no husband and sons who could care for her living later on. This was about survival in those societies, not about the harm we focus on wen we hear „rape“.

And here we have a difference to what the brothers of Dinah did to the women of the town. Even after all the murdering thy were not left alone. They were taken, which means they were taken care of. They did not have to see to make ens meet after their husbands and sons have been killed. They did not have to prostitute themselves to earn their living. Had they been raped like Dinah, things would have been different.

The second thing we have to think about is loyality. Today we don’t know this so much any more. We would hardly ever take up arms and attack those who kiled our kings. Maybe because we do not have kings nowadays (but some do: Think of Britain, Spain, Scandinavia, the Netherlands etc. – and still today you’d find peopel who would call it a noble thing to hunt down an kill anyboy who had killed their monarch). Or think even or the presidents we have. If you threat the US president, this is already considered a crime. Jokes not permitted.

Now if we agree that Shechem is „a piece of shit“ and deserves death, we need to think about his subjects as well. What would they do if their prince had been killed? Definately they would have killed the murderers. At least one would have to take the chance into account. So the safest thing to do is kill them all.

Again, this is unbearable for us today, right, but back then things were different because people were different. When you decide to kill the prince, you have to waste a thought r two on his army, too. And the best time to do so is when all are sore from their circumsition.

There is still some bad light put on the brothers, as they do not only take the women (for whom they are to take care if they have any sense of responsibility) but also all the riches of the city. So in the end they turn up richer. And then, there is also one bigger problem: Shechem did marry Dinah, so there was no reason to do him any harm. She would be taken care of, had the chance to have sons who care for her in her old days. But her brothers ruined all that, killing Shechem, making their sister a widow. We mdern people wouldn’t see this problem in the first place, but it is probably much bigger for the people of the time of the text then the question, whether it is right or not to kill the men of the city.

So what to do with the story? We already said it is based on ancient ethics which are not the ethics of our day, and which no one in their right mind would want back. Plus, we saw that most probably the story doesn’t even fit to the ethics of back then. Now should we go about and kill the raptors of our sisters? Hardly, though I understand the emotion.

And this seems to be what the story is all about: Emotion. Jacob complains to his sons that they had done wrong, because now they’d have to fear the other peoples of the land. But the two sons answer asking their father, how it coud have been right that Shechem, raping Dinah, treated her like a whore.

Just because some characters in the bible do certain things doesn’t mean that was considered right. The story doesn’t say God approved of the genocide, He isn’t even mentioned. The story might show the dilemma the brothers are in: On the one hand, they feel rage, because their sister had been raped. On the other hand, there’s a deal to settle the whole case. But finally emotion breaks its way and leads to blood and horror. And what is the gain in the end? Everyone’s a loser: Dinah, because her virginity is gone and she is without husband. Shechem, because he paid raping with being killed. And Jacobs family, because they now have to fear a militant response of the other peoples of the land.

So, if you ask me, the moral is that injustice (rape) is not leveled by counter-injustice(murder), but just more injustice. Better to swallow down your emotions… 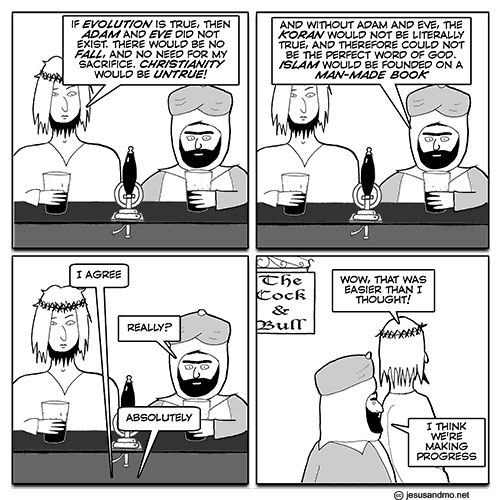